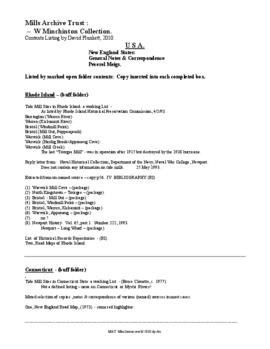 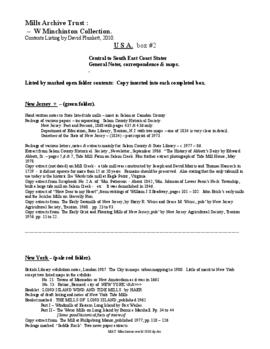 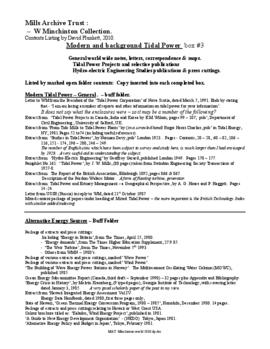 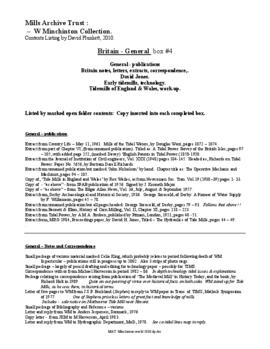 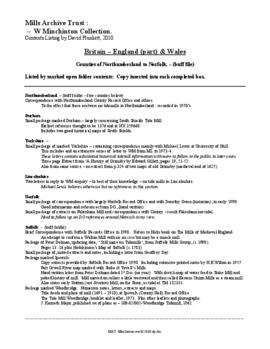 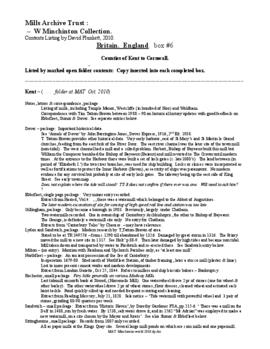 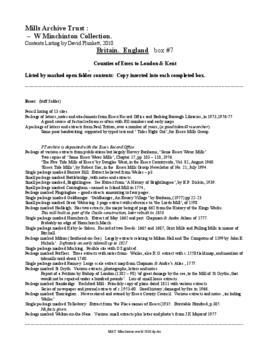 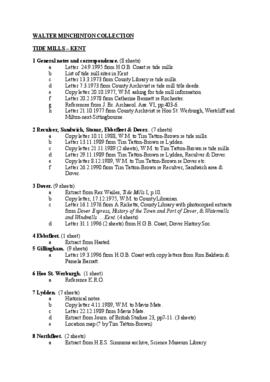 Walter Minchinton, a former professor of economic history at the University of Exeter, died at the end of August 1996 aged 75. Throughout his lifetime he wrote and published on many aspects of economic, industrial and maritime history but he will undoubtedly be remembered for his extensive work on tide mills. His first publication on this aspect of molinology was Tidemills of Devon and Cornwall, co-authored with John Perkins and published as an Exeter paper in a 1971 edition of Industrial archaeology. Following this Minchinton produced several papers and articles on tide mills, some of which were published in the TIMS Symposium Transactions. Minchinton had been working on a world-wide gazetteer of tide mills previous to his death. As much as he was a champion of tide mills, Minchinton had various other research interests, including maritime history, industrial archaeology, agricultural history and Devon wind and watermills. Additionally he put his hand to more diverse subjects such as the cider industry and underground railways and shot towers. He had an undoubted ability in gathering information from a wide variety of sources, assimilating it and getting it published.

For many years Walter was the guiding light of the Exeter Industrial Archaeology group. He enjoyed organising conferences and seminars often having the courage to cross disciplines to obtain an interesting mix of contributors. Members of the section will recall enjoyable study days and weekends in the early 1980s where a wide variety of topics, including waterpower and limekilns, were discussed in the congenial surroundings of Dartington Hall.

Research notes on tide mills in the UK and USA.