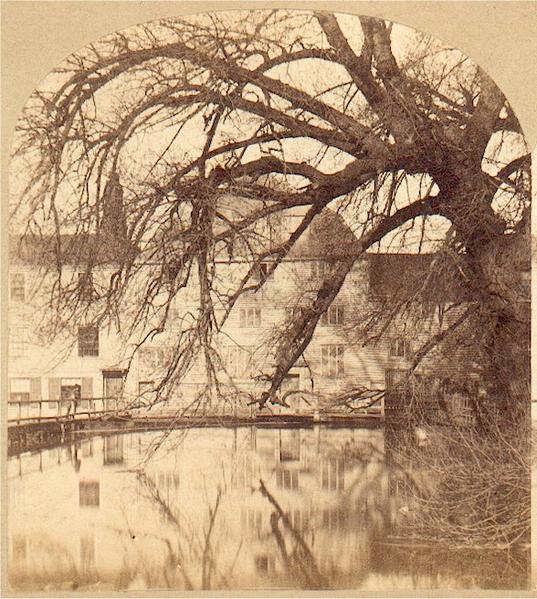 Part of an old stereocard. Photo shows a mill in Canterbury which was variously known as Dean's, Hooker's or Shafford's Mill. It was considerably modified after this picture was taken, and continued working until it was burnt down in 1954. Latterly turbine-driven, It was a powerful mill, formerly having two waterwheels and 8 pairs of stones. A new building now occupies the site. I would expect the photograph to date from about the 1860s (Notes from Alan Stoyel, 2007)

This image is copyright the Mills Archive Trust. The original is held by Mildred Cookson