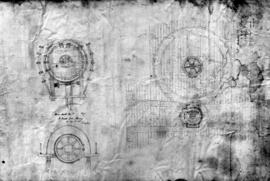 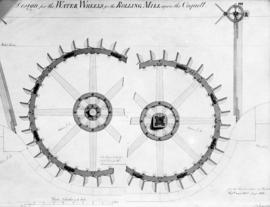 A photograph made by Hallam Ashley of a technical drawing done by John Smeaton in the 18th century.
See also ASHL-25-009. 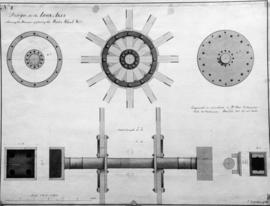 Design for the Iron Axis

A photograph made by Hallam Ashley of a technical drawing done by John Smeaton in the 18th century.
The drawing is titled 'Design for the Iron Axis showing the Manner of fixing the Waterwheel Etc.' 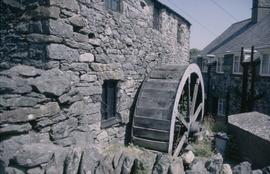 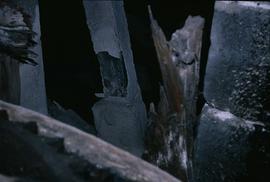 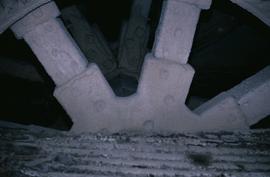 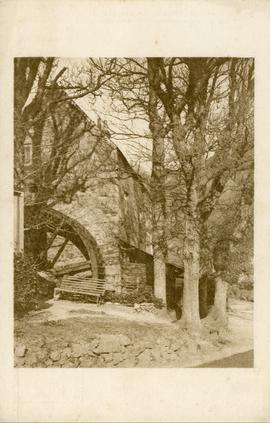 This copy of the postcard bears a 1/2d stamp. The postage rate for postcards rose to 1d in 1918, so the image presumably does not date from later than that year. The following is printed in small font size on the rear of the postcard: 'No. 4 - "Here is the Mill with the Humming of Thunder 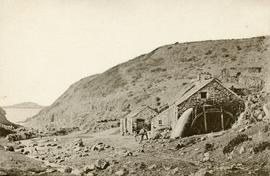 This copy of the postcard bears a 1/2d stamp. The postage rate for postcards rose to 1d in 1918, so the image presumably does not date from later than that year. 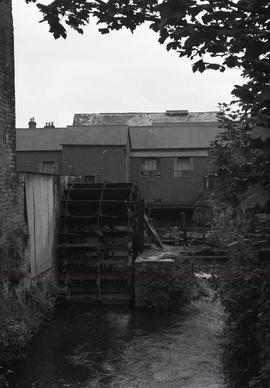 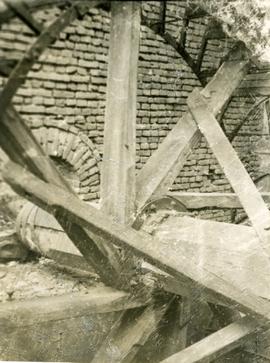 The sixteenth item is a photograph featuring a wheel axle of one of the watermills in the Dutch village of Arcen. The village of Arcen is situated in the province of Limburg in the south east of the Netherlands. The river Maas intersects through the middle of the village. The specific mill is not identified. There are a number of watermills in the village of Arcen and it is not possible to identify which one this is. For this reason, the Access point selected for this mill is "Unidentified mill". The photograph is undated. 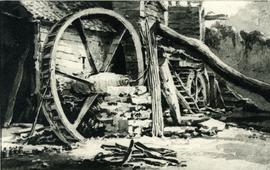 The eleventh item is an illustration of the water wheel of a watermill. The watermill is unidentified. The date in which this drawing was produced is not recorded. 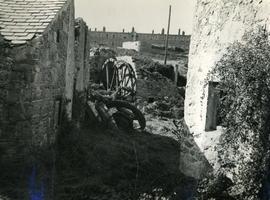 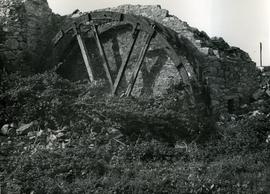 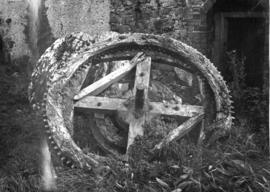 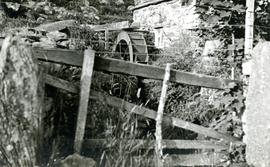 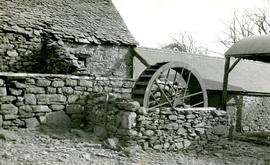 The fourteenth photograph features a watermill in Welshpool. The name of the mill is unclear as Gardner's handwriting is difficult to decipher. It appears to say "Pnuali Mill". Gardner has written a note of "Water Carrier gone" on the back of the photograph. 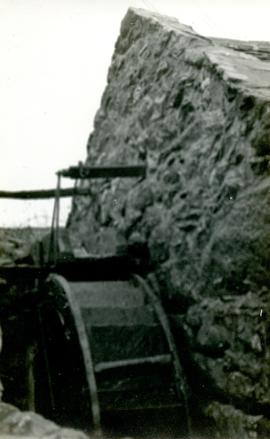 The twelfth image clearly features the same mill as in the previous photograph. The fact that Gardner labelled the previous photograph as featuring a mill from "Near Harlech" whilst referring to this image as "Farm Mill near Dyffryn, Merioneth" indicates that this mill is the one that was located near to Dyffryn Ardudwy in Gwynedd. 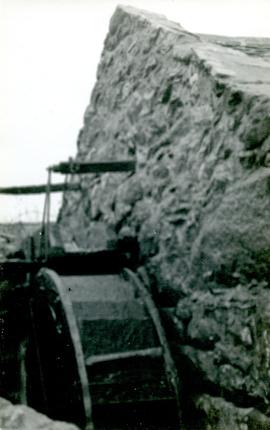 The eleventh photograph features a watermill referred to by Gardner in this instance as "Farm Mill Near Harlech." However, this is clearly the same watermill as featured in the twelfth photograph of this Sub - Series which is described by Gardner as "Farm Mill Near Dyffryn, Merioneth". Of course, there are a number of places in Wales called Dyffryn. The Dyffryn in question appears to be Dyffryn Ardudwy of the ancient county of Gwynedd which is not only situated near Harlech but also relatively close to the Gwynedd and Merionethshire border. 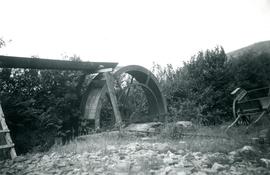 The sixth photograph features the Wheel of an unidentified mill. 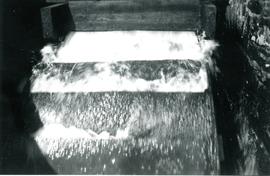 The third photograph features an Unidentified mill. Once again, Gardner has not written the date and does not give
any indication of the geographic location.