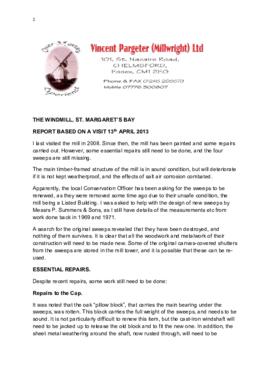 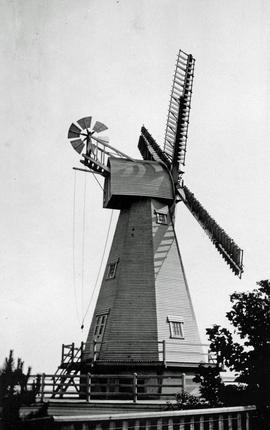 The mill is Grade II listed. It was built in 1929 to generate electricity for a private house on the cliffs. After 1939 it was occupied during WWII by WRNS. It is now used as a residence again. 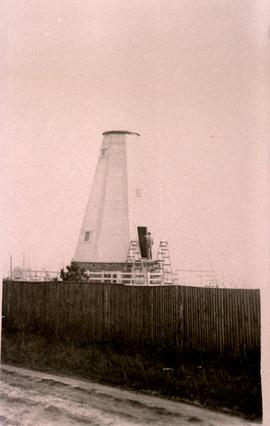 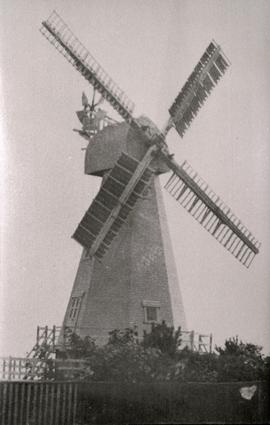 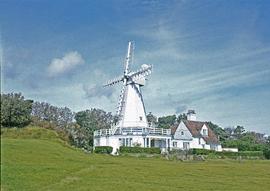 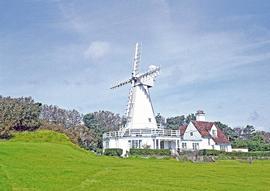 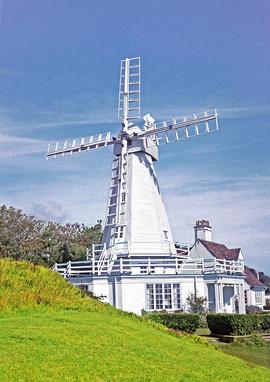 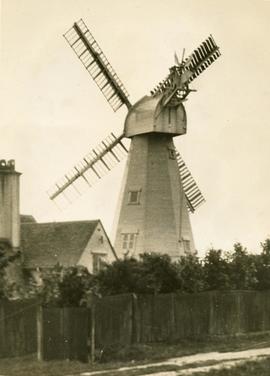 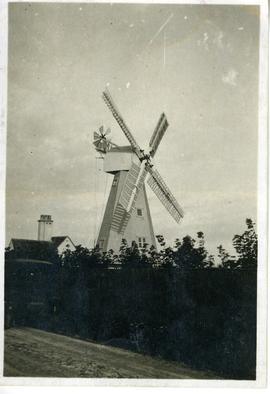 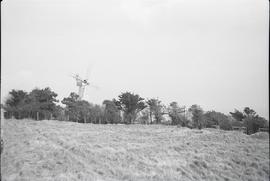 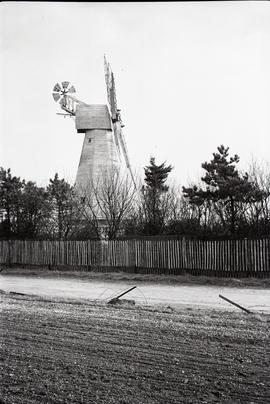 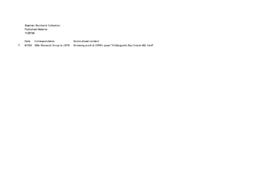 Published typescript, by Stephen Buckland, entitled "St Margaret's Bay Smock Mill, Kent", includes several copies of the typescript, research material and correspondence.
The paper was published in the Proceedings of the 16th Mill Research Conference, by the Mills Research Group in March 2000 and is available in the Mills Archive Library.

Copies of notices for mill in Congham, to let; Cliffe, for sale; Chatham, for sale; and Borstal Mill, Rochester, for sale 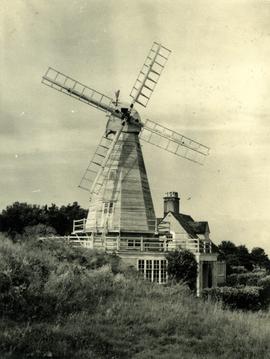 Decorative part of a house, it appears. 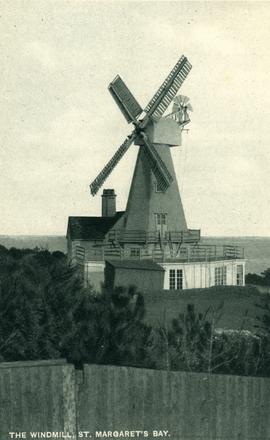 This image is undated; however it cannot be later than 1938 as this copy of the postcard bears a postmark of that date.