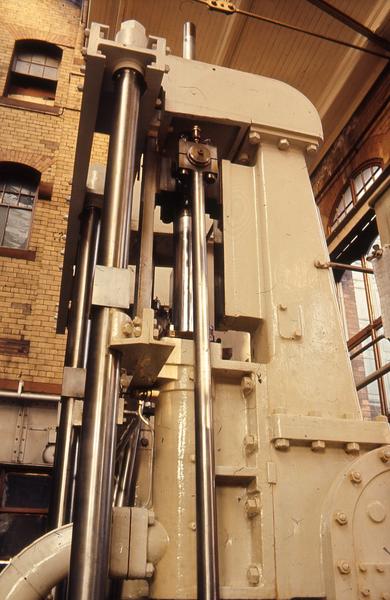 Manchester's Hydraulic Power System was a public network supplying energy across the city via a system of high-pressure water pipes from three pumping stations from 1894 until 1972. The station at Water Street, on the banks of the River Irwell was completed in 1909, and was designed in Baroque style by architect Henry Price. Since 1994 it has been part of the People's History Museum complex. One of the pump sets has been moved to the Museum of Science and Industry, where it has been restored to working order and forms part of a display about hydraulic power.[