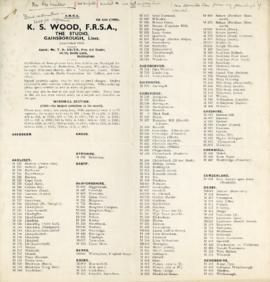 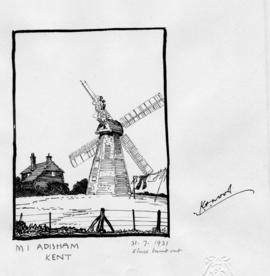 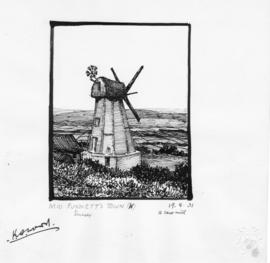 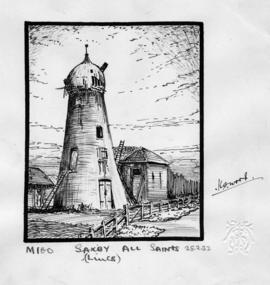 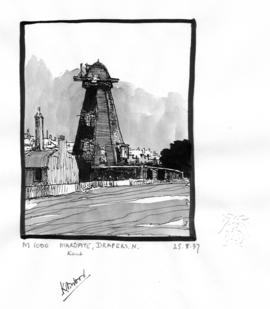 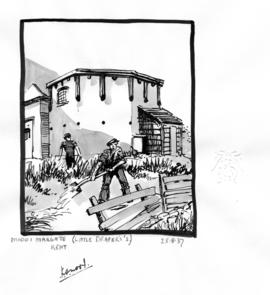 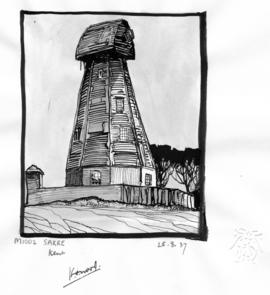 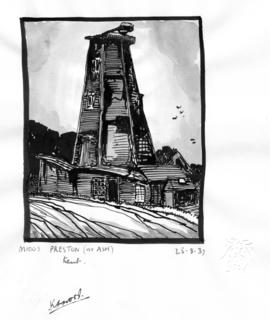 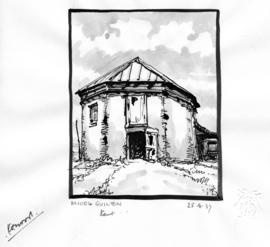 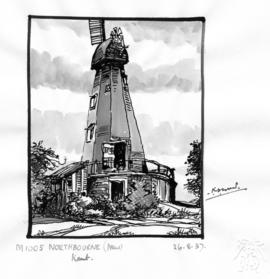 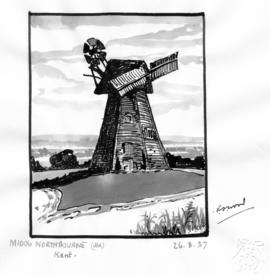 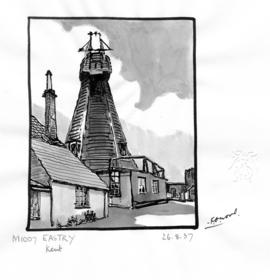 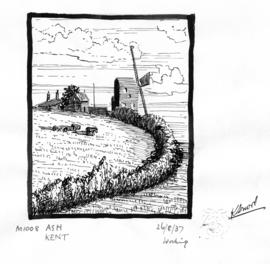 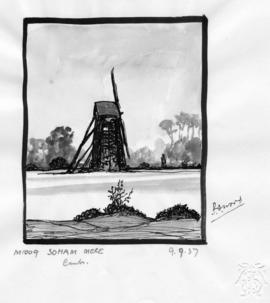 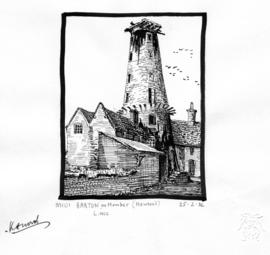 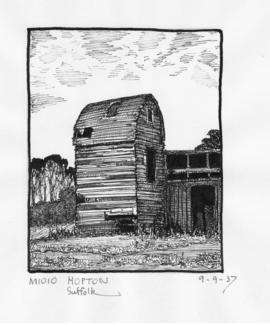 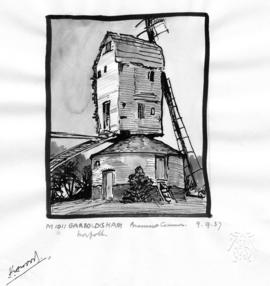 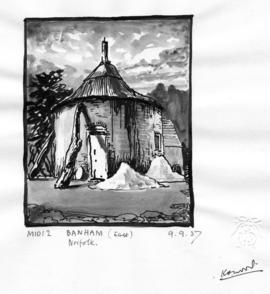 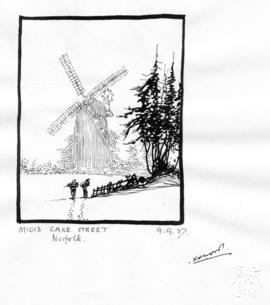 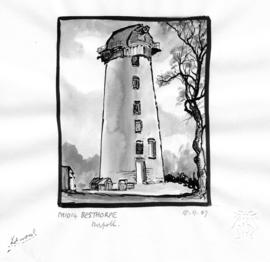 1382 pen-and-ink sketches and a small number of other items.

The sketches came to the Mills Archive in 2008 from the Weald and Downland Open Air Museum, where they were found in the collection of Frank Gregory. They seem at one time to have belonged to Thomas J Mason - SHOR-1118066, his notebook, contains a list of the sketches, and the scraps of paper found with the sketches are clearly in the same hand, as are the notes on the reverse of each sketch giving approximate geographical location (reproduced in the entry for each sketch in this catalogue). T J Mason's collection passed to Martin Mason, and was then sold; letter 46 in FWGC-1106833 from Stephen Buckland to Frank Gregory describes the sale of the Martin Mason collection. No reference is made to the Wood drawings; however, as they ended up in Frank Gregory's collection it seems likely that he purchased them at this time. The sketches are stored in order of M number. On this catalogue they have been arranged into series corresponding with the sections of the 'Check List'.

Karl Wood's paintings were acquired by the Lincolnshire Museums Service in 1977. They can be viewed on http://www.lincstothepast.com/.