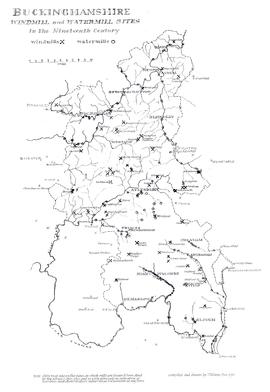 James Venn attempted to revise and add to the windmill section of Freese’s book. His work towards this end comprises the following:

Another ring binder has a different preface/introduction to the handwritten notebook - stating that it is now “over half a century” instead of “forty years” since Freese wrote his work, and that James Venn has now abandoned the idea of reproducing Freese’s work with minor corrections and additions and instead states his intent to completely rewrite the book. The remainder of this ring binder contains miscellaneous notes, sketches, cuttings and correspondence.

Three other ring binders of miscellaneous notes have been repackaged in archival folders. One includes list of Bucks negatives.