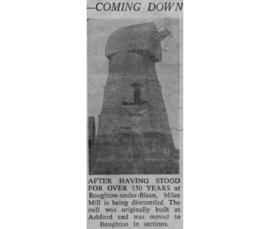 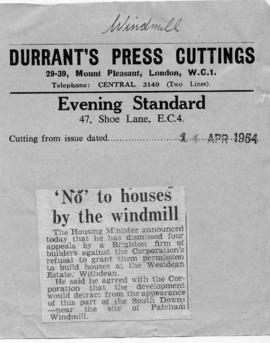 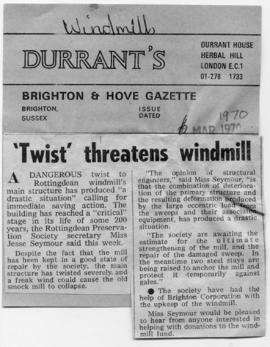 Press cutting from the Staffordshire Evening Sentinel, reporting that the income from the mill was too small to justify spending money on the piling of the mill pond banks. 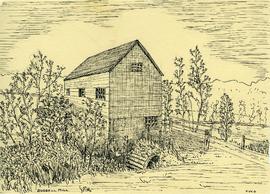 02 Views of millpond and house 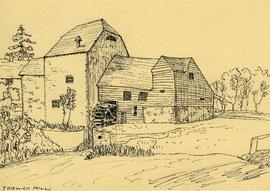