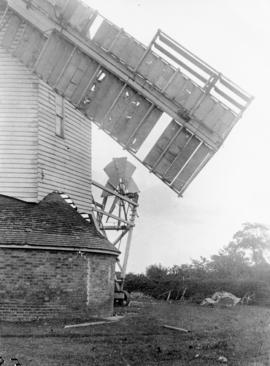 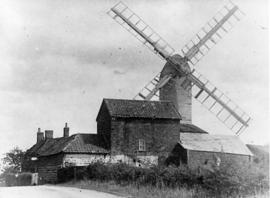 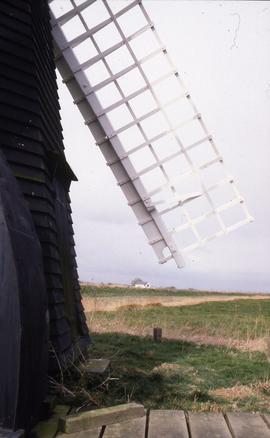 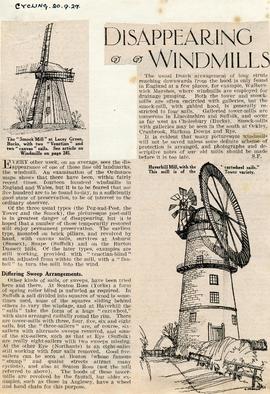 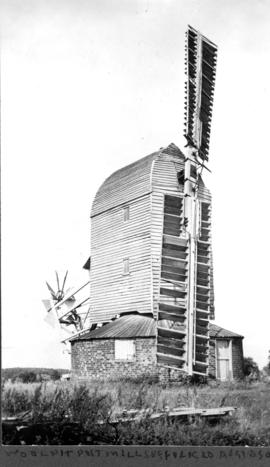 Page n. 32. The photograph shows an outside view of the mill. Is possible see the big sails and the fantail. 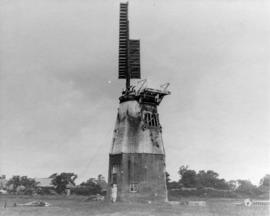 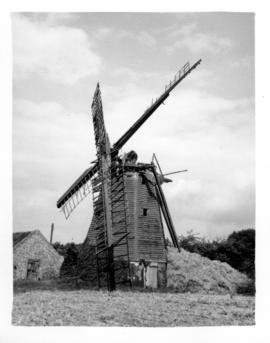 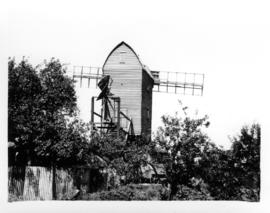 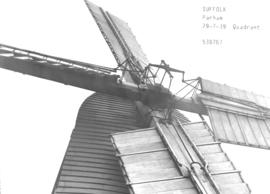 A central spider controls the shutters in all four sails. 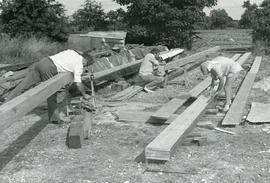 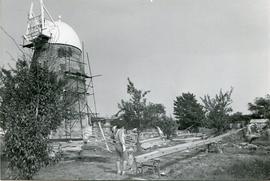 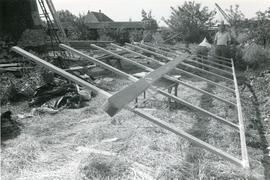 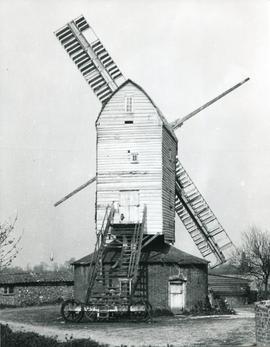 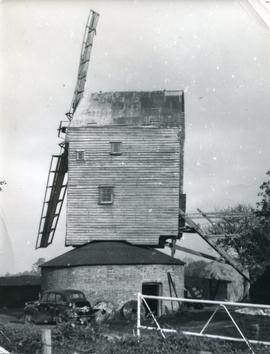 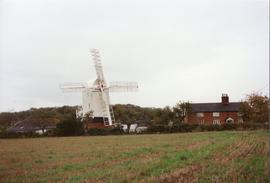 Photograph of the front of Stanton Post Mill (Upthorpe Road Mill) taken from a distance across a field. Photographed by Peter Dolman on 21st June 1993. Sails are visible in this photograph.

Photograph by Peter Dolman of the rear of Stanton Post Mill (Upthorpe Road Mill) in Suffolk. The photograph shows the rear of the mill with the house and an outbuilding prominent in the picture. Photographed on 21st June 1993, presumably soon before/after Peter and Melanie became owners of the mill.