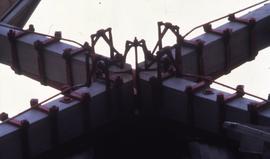 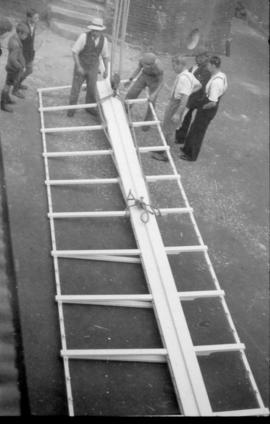 Sequence of 6 contact prints showing the raising of a new sail. 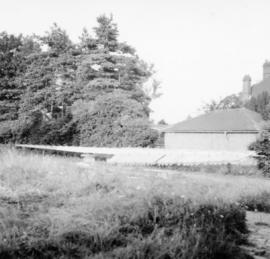 Union Mill, Cranbrook, Kent, preparing a sail in the field 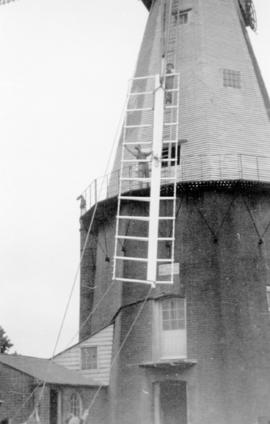 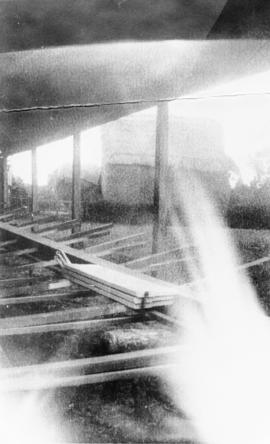 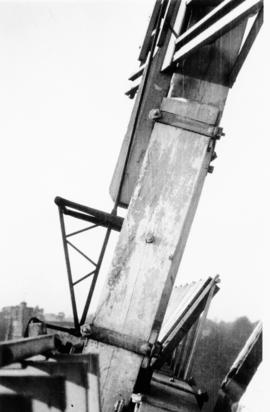 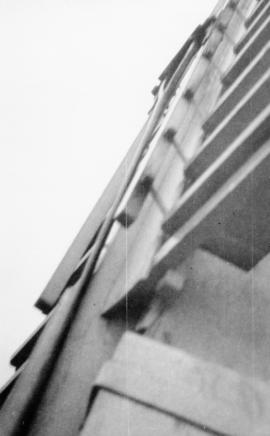 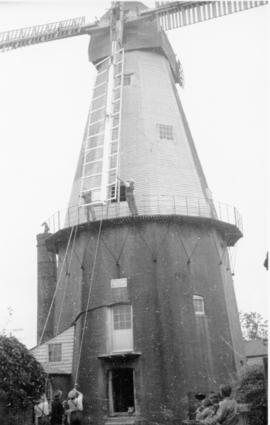 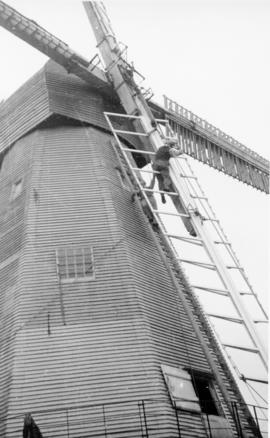 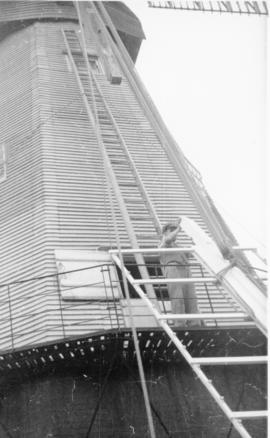 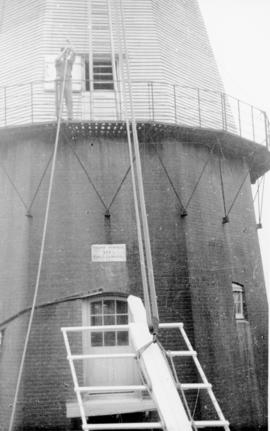 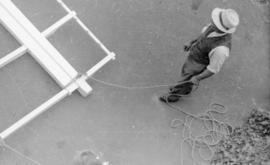 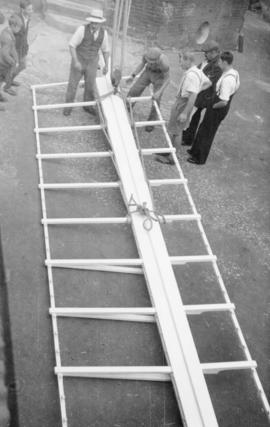 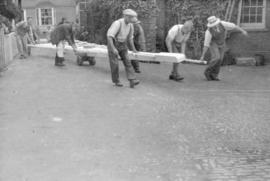 Carrying one of the new sweeps, Union Mill, Cranbrook

Carrying one of the new sweeps.

Typescript of paper to be read at Newcomen Society meeting, and draft. 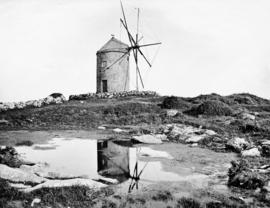 Part of the Rex Wailes collection.
Situated on a rocky outcrop and powered by jib sails.