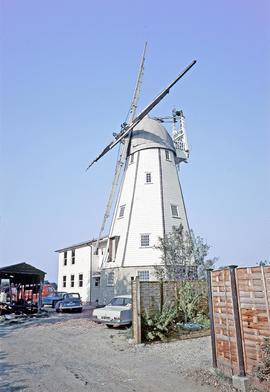 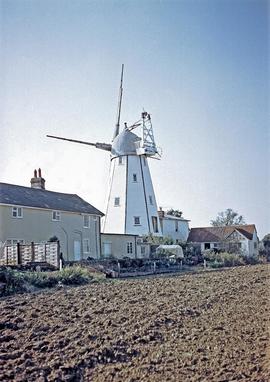 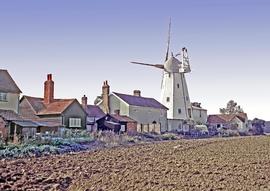 Part of the Rex Wailes collection.
Air photo shows the mill on the edge of the medieval village where the burgage plots are clearly seen.

Cutting from "Grays and Tilbury Gazette". It was revealed in a special report at a Planning committee meeting that only two windmills out of 112 in Essex were in working order. Discussions considered the viability of restoring and preserving of windmills in Essex. The report was adopted by the Town and Country Planning Committee. 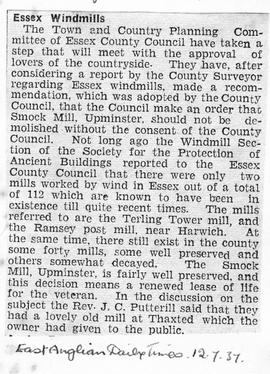 Cutting from "East Anglian Daily Times". A report by the County Surveyor regarding Essex windmills recommended that the Smock Mill at Upminster should not be demolished. This was approved by the County Council.

Cutting from "Clackton Times" reporting "there is a real danger that many of the old familiar landmarks may be swept away to make room for the new housing estates". The Council is preparing a list of windmills in the county which may be conserved for the future.

"An Essex Windmill to be Saved - Noted landmarks threatened"

Cutting from "The Times" reporting that "Essex County Council has decided to take steps to save windmills in Essex from possible demolition". This was precipitated by a letter received from the Society of the Protection of Ancient Buildings expressing "concern at the rapid disappearance of windmills in Essex". 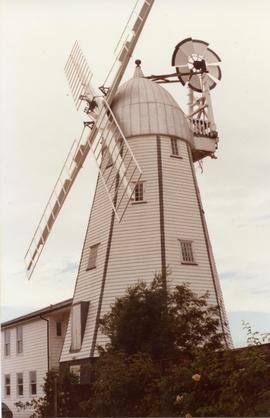 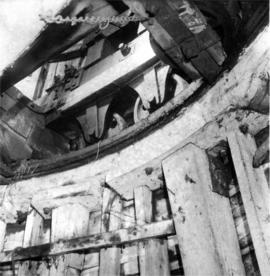 Curb and truck wheels in cap

Cutting from "Southend Standard" about the history of mills, including a list of windmills which existed there in 1922. 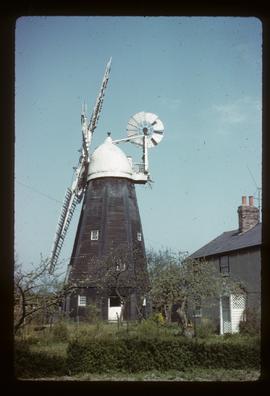 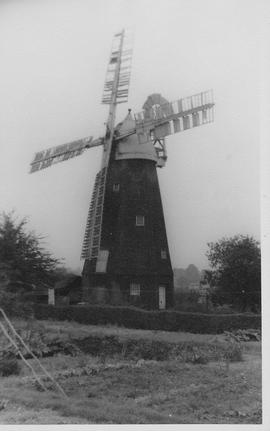 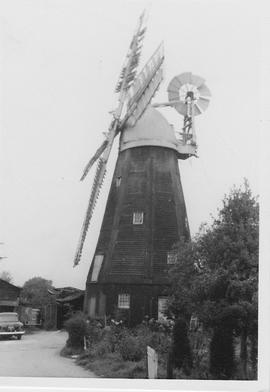 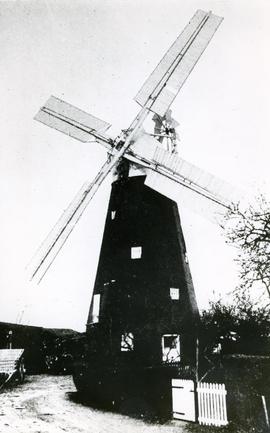 Waterfield notes that the image is from 'Old Watermills & Windmills' by R. Thurston Hopkins. 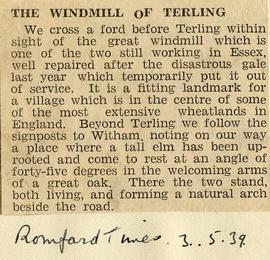 "The windmill of Terling"

Cutting from "Romford Times" about a walk in Essex which passes Terling windmill, apparently one of two still working in Essex despite a gale the year before. 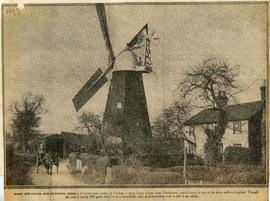 "Wind, and cloud and changing skies"

Cutting from "Argus" (Melbourne, Australia) picturing a windmill in Terling, apparently still in daily use.

Cutting from an unknown newspaper picturing Terling windmill and mentioning that it is busier in wartime than peacetime.

Snippet from "Daily Sketch" noting that a windmill at Terling has been damaged by storms and will be repaired.