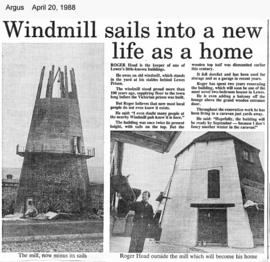 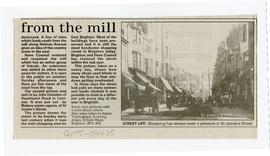 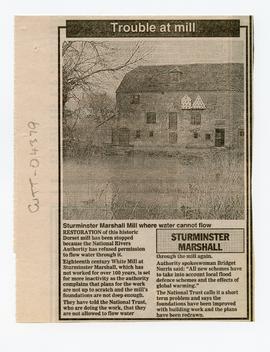 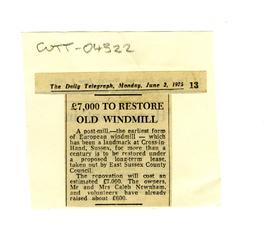 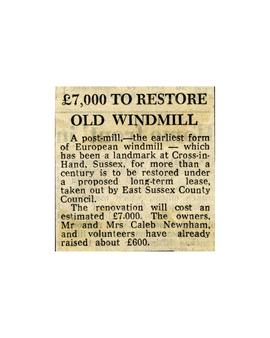 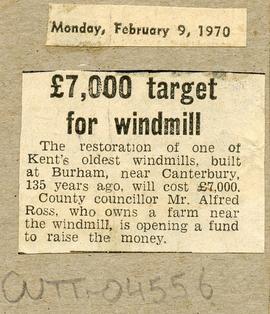 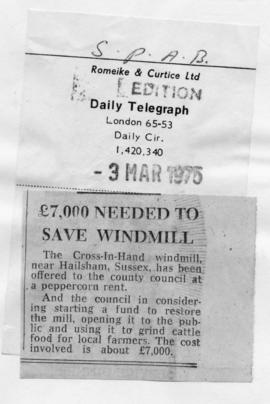 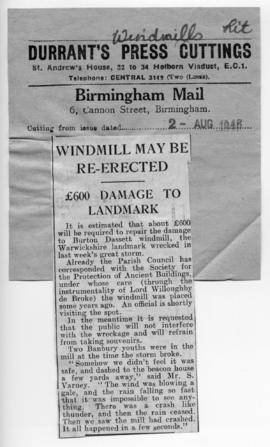 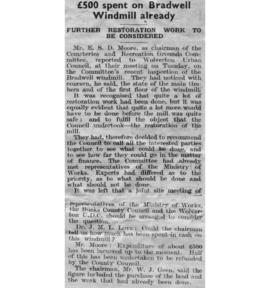 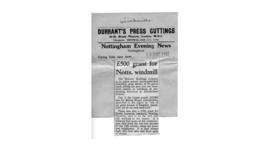 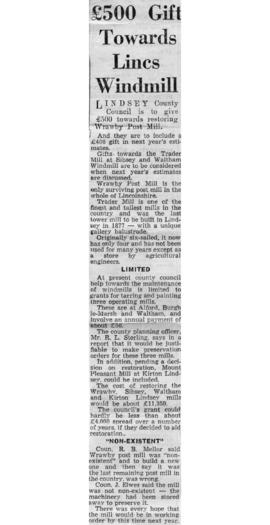 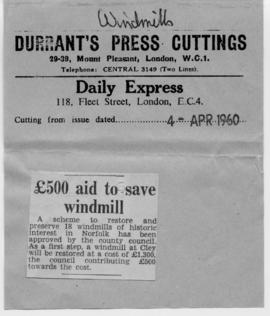 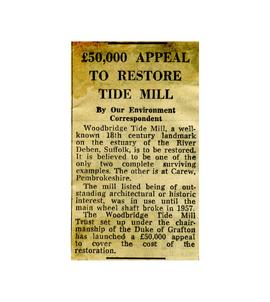 Cutting from an unknown source describing the resistance of a plan to open Skidby Mill as a tourist attraction. The article mention local residents' worries that the increased traffic will detract from the attractiveness of the mill. 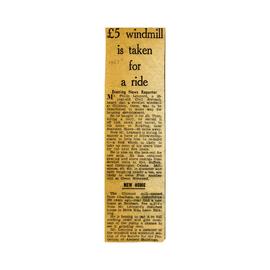 "£5 windmill taken for a ride"

Cutting from an unidentified paper about how Philip Lennard bought a derelict windmill at Chinnor and dismantled it so as to re-erect it at his home near Stansted, Essex.

"£5 Windmill taken for a ride"

Report in 'The Evening News' about how Mr Philip Lennard has bought a derelict windmill at Chinnor in Oxfordshire for £5 and carted it away to his home near Stansted in Essex.