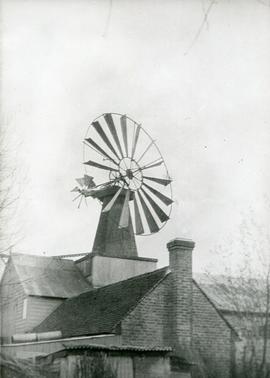 Photograph showing the circular sailed mill called Alexandra Road Mill at Heathfield. Photographed by Lancaster Burne circa 1905. The photograph was then in the possession of Rex Wailes before being held by Kenneth G. Farries. 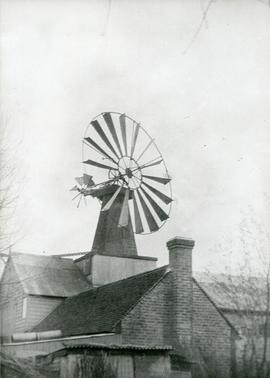 Second photograph showing the circular sailed mill called Alexandra Road Mill at Heathfield. Photographed by Lancaster Burne circa 1905. The photograph was then in the possession of Rex Wailes before being held by Kenneth G. Farries. 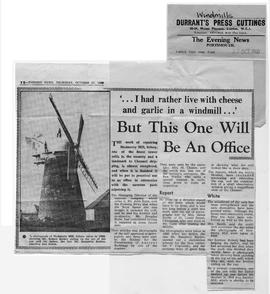 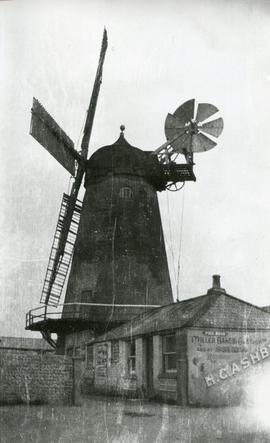 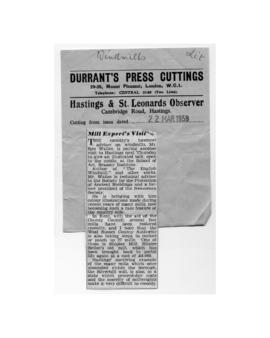 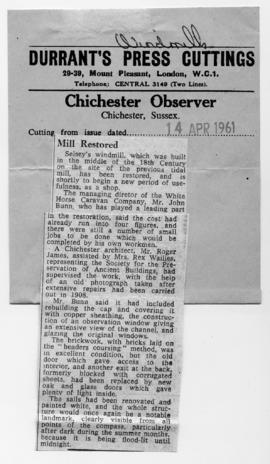 Newspaper cutting of possible disappearance of this "kent" windmill 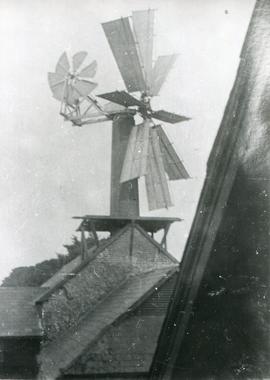 A photograph showing the side of the wind engine at Preston Place Farm Mill at Angmering, West Sussex. The photograph was presumably taken by Lancaster Burne (circa 1905), although this copy was taken by Martin T. Mason and held by both Rex Wailes, and la 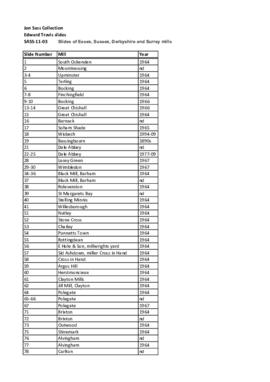 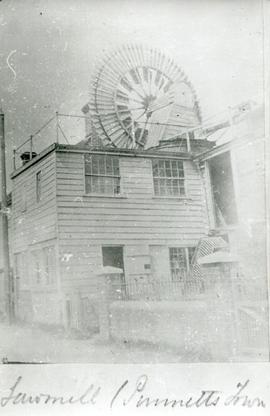 Photograph showing the wind wheel of the Wind Wheel windmill at Punnetts Town in East Sussex. Presumably originally photographed by Lancaster Burne, this photograph was reproduced by Martin T. Mason and held by Rex Wailes before residing in the Kenneth G. Farries Collection. 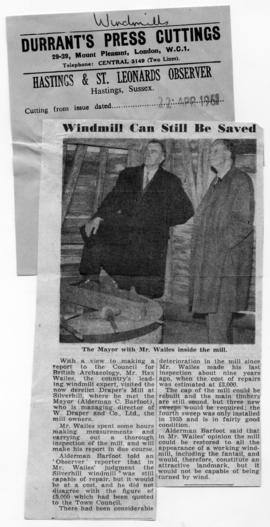