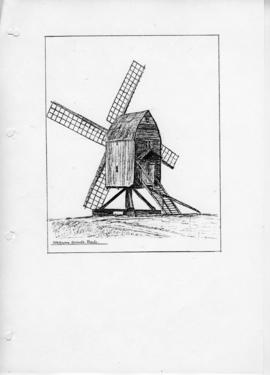 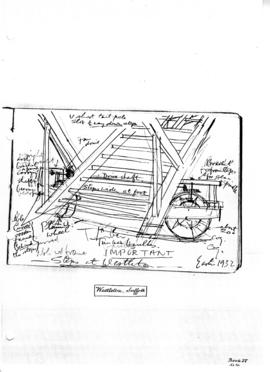 Annotated sketch of base of steps and wheels driven from fan. 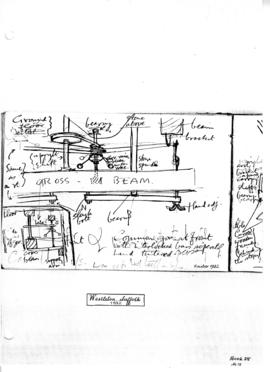 Sketches of the pieces fitted to the cross-beam. 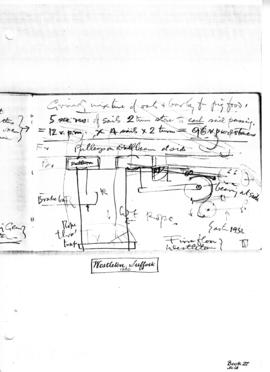 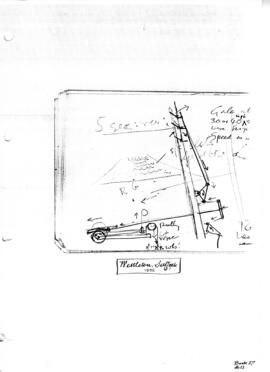 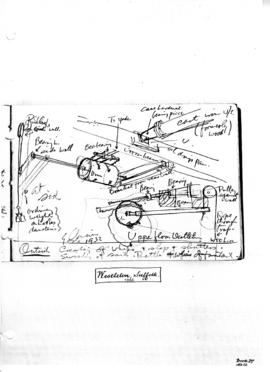 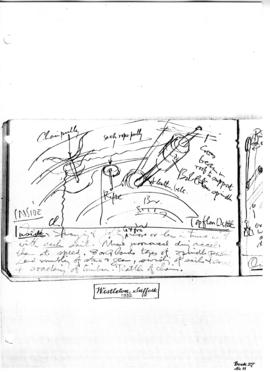 Details on the top floor of Westleton mill, Suffolk. Bk 27 no 11

Sketches and notes, particularly of the atmosphere inside the working mill. 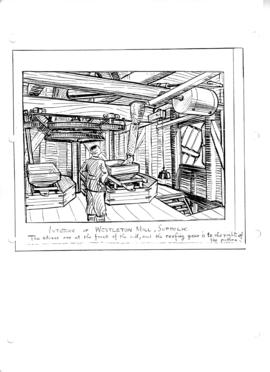 Drawing made {presumably} after the visit at Easter, 1932, when all the sketches were done. 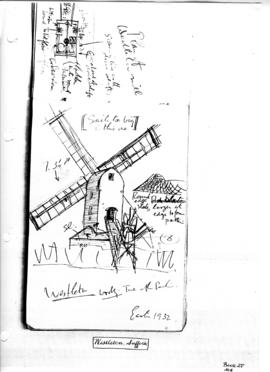 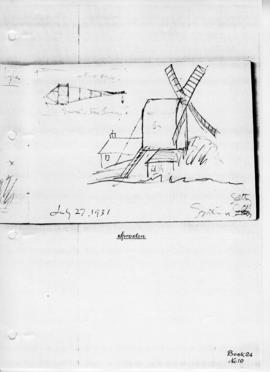 Possibly this is Saltby? 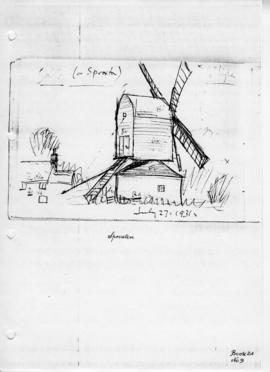 Sketch included by SPAB[?] in the Notts section. 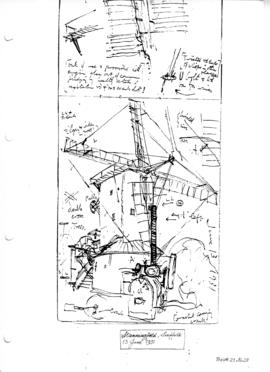 Details of the "Stanningfield" postmill, Suffolk . Bk 23, no23 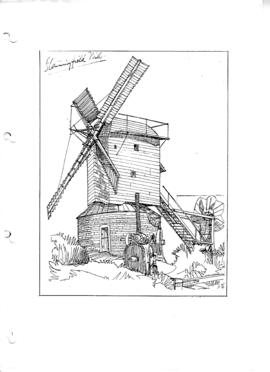 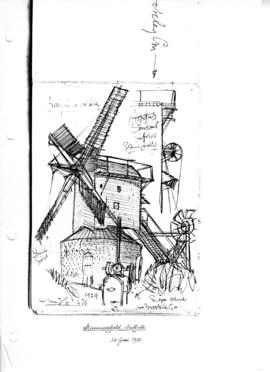 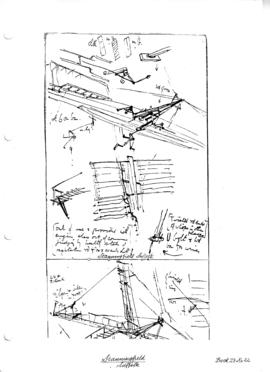 Letter to the Editor of the'East Anglian Daily Times' from Stanley Freese approving the decision of East Suffolk CC to preserve Saxtead Green post mill, which he considered one of the most pleasantly situated mills in England. And if Wortham Mill cannot be saved too, might West Suffolk CC be pursuaded to preserve Drinkstone Mill ? 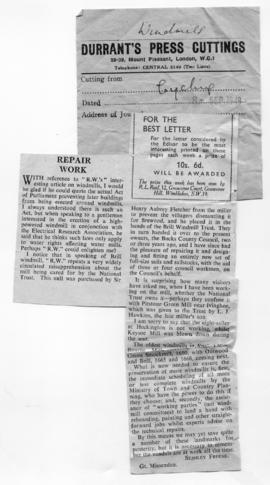 Letter to the Editor of 'Cycling' Magazine from Stanley Freese, asking if "R.W." (= Rex Wailes) can idenetify an alleged law preventing later buildings from being erected around windmills: he thinks this only applies in the case of the water rights for water mills.

Cutting [ presumably from the 'East Anglian Daily Press' as it was stuck to the same Durrant's slip as our CUTT-02757 ] with a letter from Stanley Freese on the subject of preserving examples of Suffolk's rich windmill heritage.

Piece in the 'East Anglian Daily Times' about the way work is progressing on Col. Irwin's mill and how the workforce has lately been augmented by Mr Stanley Freese of Wenhaston.

Presentation notes; many mills mentioned in Suffolk and elsewhere