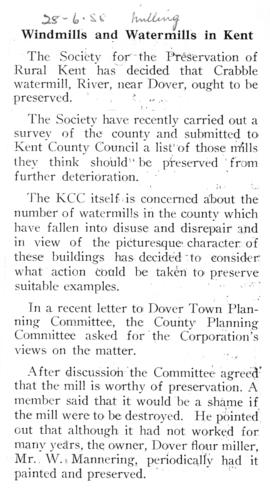 Windmills and Watermills in Kent 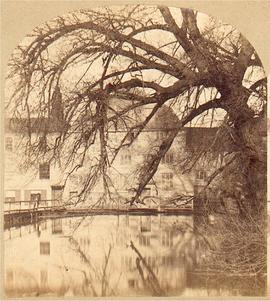 Part of an old stereocard. Photo shows a mill in Canterbury which was variously known as Dean's, Hooker's or Shafford's Mill. It was considerably modified after this picture was taken, and continued working until it was burnt down in 1954. Latterly turbine-driven, It was a powerful mill, formerly having two waterwheels and 8 pairs of stones. A new building now occupies the site. I would expect the photograph to date from about the 1860s (Notes from Alan Stoyel, 2007) 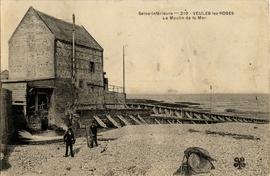 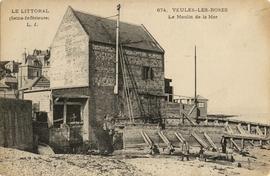 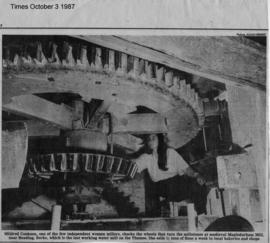 Cutting from The Daily Telegraph with photo by Julian Herbert, of Mildred Cookson at Mapledurham watermill. 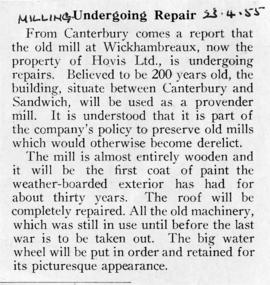 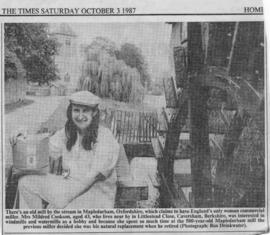 Photo by Ros Drinkwater in 'The Times, showing Mildred Cookson sitting beside the waterwheel at Mapledurham.

The Miller at Work 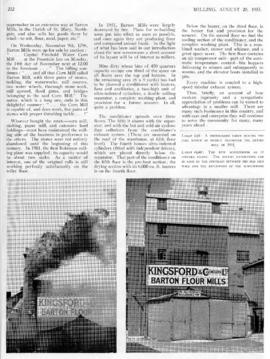 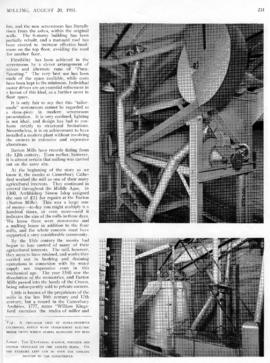 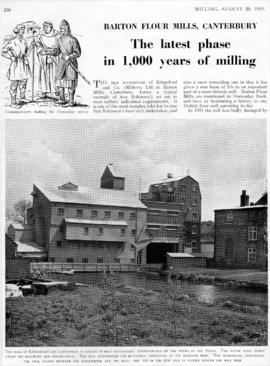 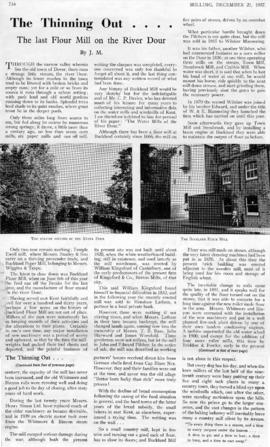 The last Flour Mill on the River Dour

Extract from 'Milling'. "The Thinning Out" by J.M. 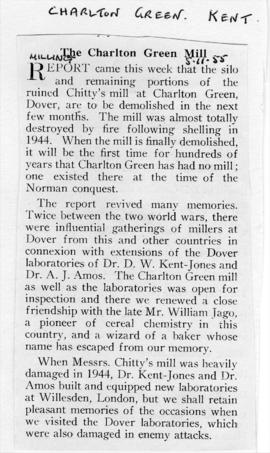 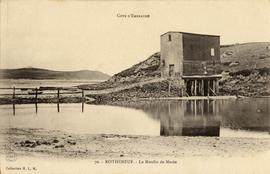 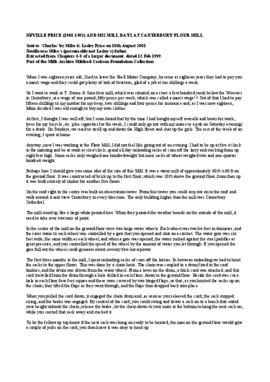 Copy of part of Neville's recollections of his days as a flour miller in Kent. Involves Abbot's Mill at Canterbury, and others. Extracted from Chapters 6-8 of a larger document, dated 12 Feb 1999. Provenance of this extract unclear: supplied to 'Charles' by Mike and Lesley Price, descendants of Neville, in 2001.

Photographs of mills overseas by various 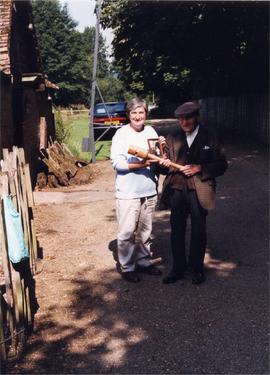 A photograph of Monty Potter (right) and Mildred Cookson (left) taken in April 1998 at Mapledurham Mill. Monty Potter is holding a thrift, used for dressing the mill stones, which he made for Mildred. 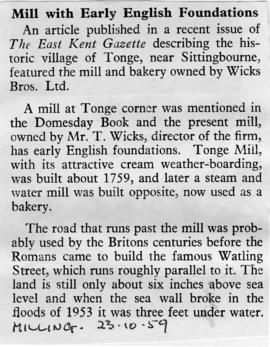 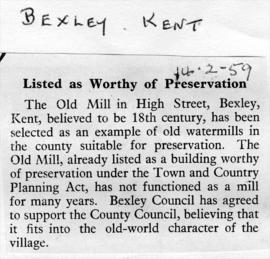 Listed as Worthy of Preservation