Article from Morning Post 19.08.1935 with photo of Patchem Windmill and note that it is for sale 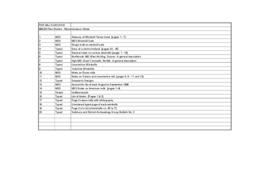 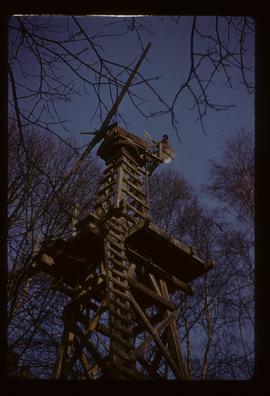 Lower half of picture overexposed, obliterating image. Same mill as 1111799.

With Kent-type cap, derelict fan and stocks. Open-framed and standing on tall wooden pylon which lower down encloses boarded wooden structure. Site appears to be wood or private garden. Caption appears to date photo to 1989 but this doubtful. Same mill as 1111800. 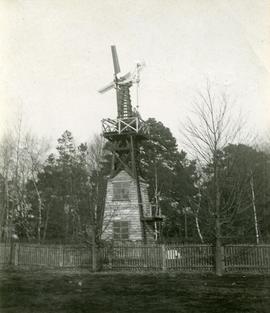 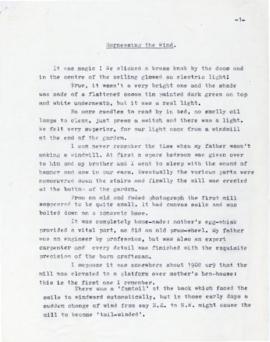 Article about E Lancaster Burne by his daughter. 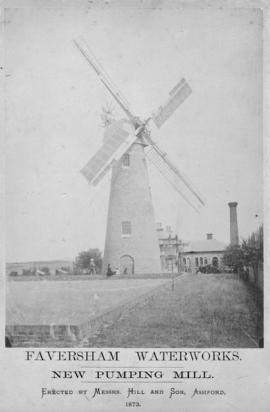 Part of the Rex Wailes collection.
An advertising card for Messrs Hill & Son, Ashford.
Mill erected in 1863. Reverse of card contains hand written technical notes from Mr Lancaster Burne about the sails, the gearing, the pump and the standby engine, 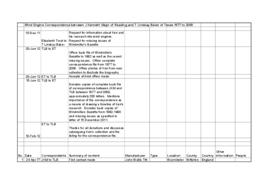 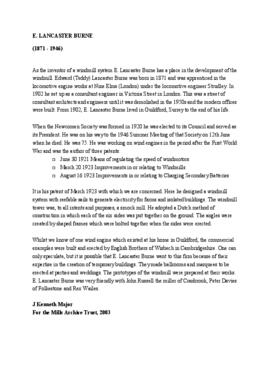 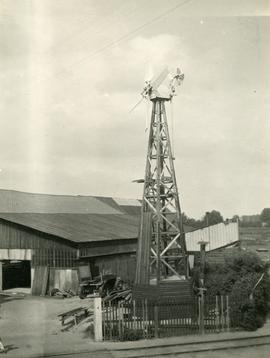 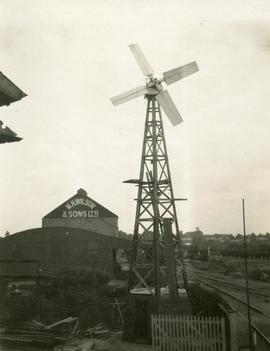