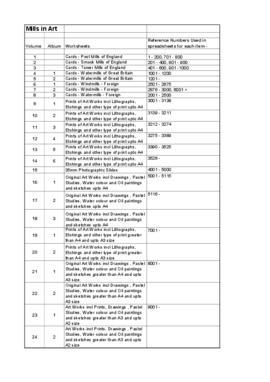 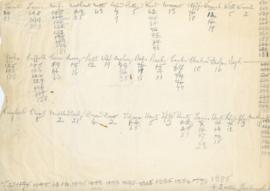 Notes on the drawings

Scraps of paper with notes by T J Mason. Includes tally of the number of drawings by county, notes on individual drawings and scrap with question by Mason re. M352 and response by Wood.

Wood's printed catalogue of the paintings on which the drawings were based. Three copies, one (scanned) with his own handwritten notes addressed to Rex Wailes, one with single note in Wood's hand indicating that M148 was done in 1933 and one with no notes. 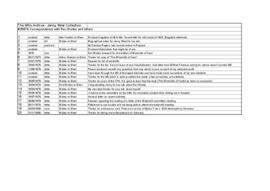 Correspondence with Rex Wailes and others 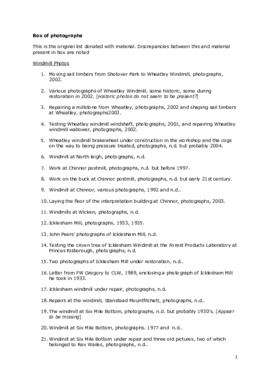 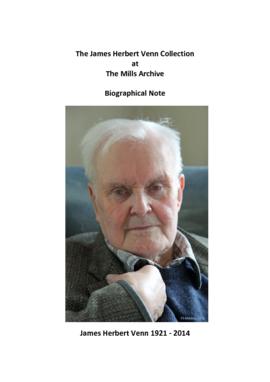 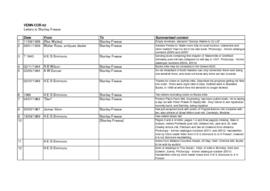 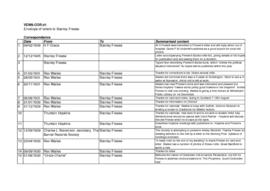 Envelope of letters to Stanley Freese

Items originally stored in an envelope by Stanley Freese. Includes letters from Rex Wailes and Thurston Hopkins, and notes, sketches and press cuttings. Only cuttings with mill relevance have been listed. Retained in order found, except that press cuttings and ephemera have been separated from letters, notes and sketches.

Transcript of verbal recollections in 1994 by Helen Wilson, aged 80 years. 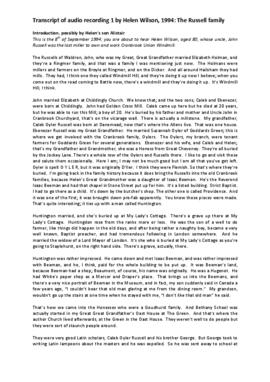 Transcript of verbal recollections in 1994 of Helen Wilson, aged 80 years.

Book produced for the bicentenary of Union Mill, showing photographs of individuals connected with the mill throughout its history. 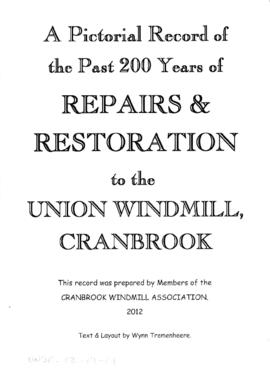 "A Pictorial Record of the Past 200 Years of Repairs and Restoration to the Union Windmill, Cranbrook" 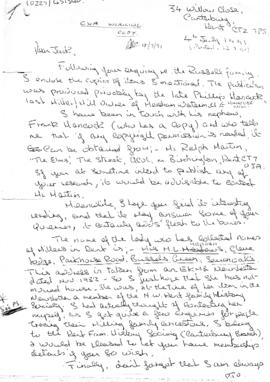 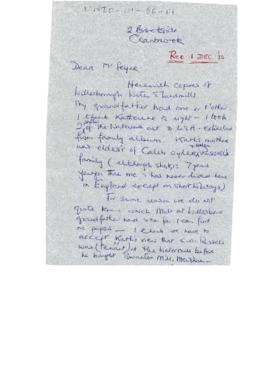 About Willesborough wind and water mills and their link to the Russell family. 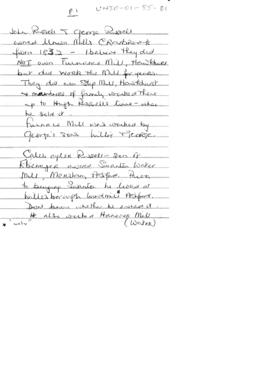 Mostly items of family history and ownership of various mills. Jack Fryer was founder and chairman of Cranbrook Windmill Association. 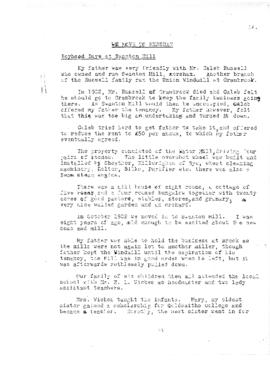