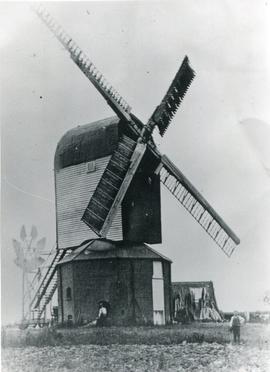 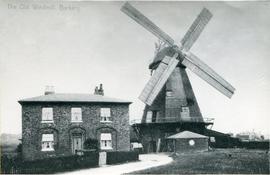 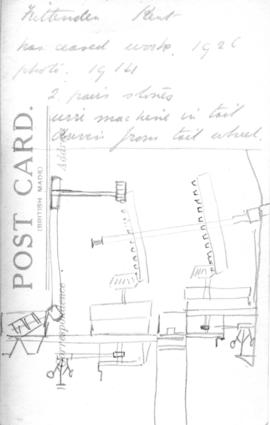 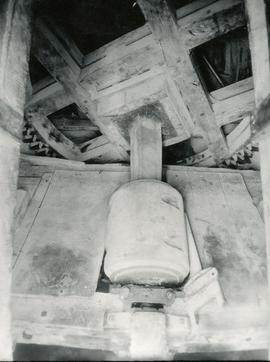 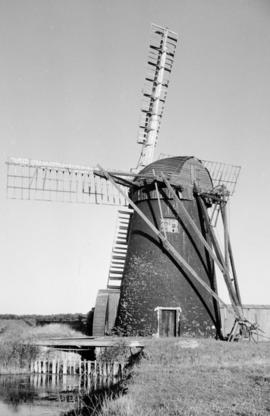 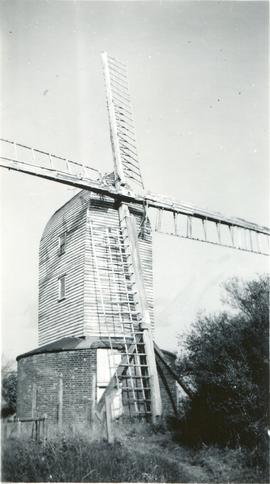 "Some time in the late 50s the sails were fixed in the St George's cross position and a prop with a triangular frame placed under the lowest one, as the mill's condition started to deteriorate. It was restored in 1964, after the danger of demolition." - Sue Burden 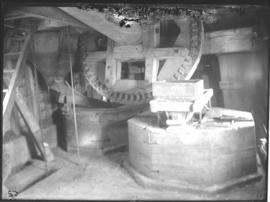 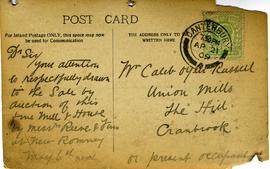 Reverse side of item 25039 referring to the sale of the mill. unsigned
postmark1909 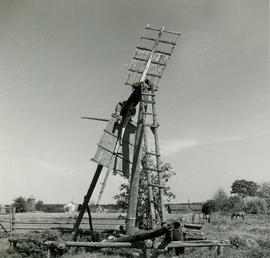 Wind powered saw mill with one pair of sails left in Eckerö, Åland 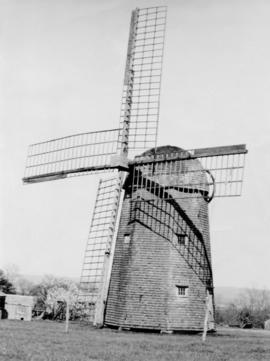 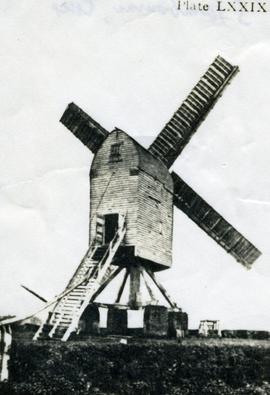 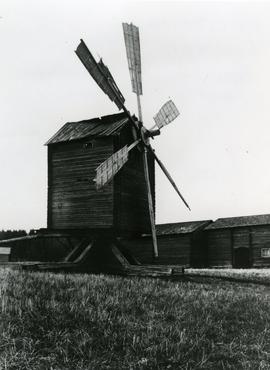 Image from the National Museum of Finland, Helsinki.