Photographs by a Mr Francis of English windmills from the period 1929-30.

Cutting from "Kentish Express" reporting that The Black Mill was tempoarily out of action due to the grinding fan being damaged by recent storms. 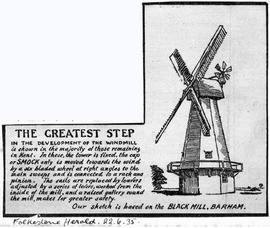 Cutting from "Folkeston Herald". A graphic of the Black Mill at Barham, Kent with a brief description of mill.

"The Black Mill, Barham - One of Kent's Finest Mills"

Cutting from "Folkstone Herald". An article by A W Tiffin titled "Worked by one Miller for 50 years" highlights the four pair of stones, the millwrights and the miller. It was built in 1834 by Messrs Holman of Canterbury.

Based on a scanned image by G Holman. 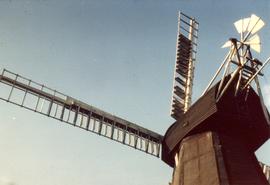 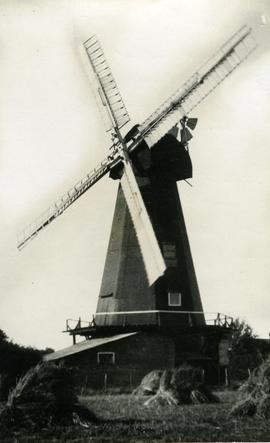 Barham Kent still working. 2 new sweeps put up the summer 1926. Built by Holmans of Canterbury. 4 pairs stones- large spur wheels with stones laid near outside of mill. The best winded mill in Kent. built about 1850-60. photo taken 1916 running when *** 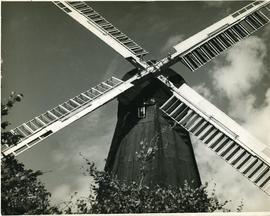 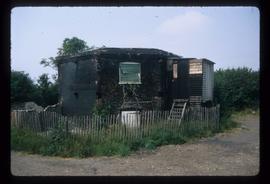 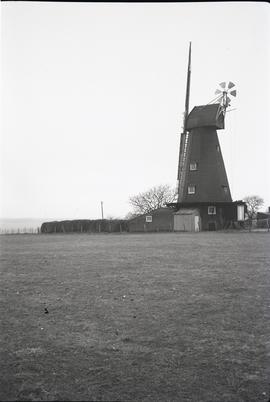 Gives details of millwrighting work undertaken in the UK and the USA.

Correspondence regarding a fire.

Material on the renovation of the base of Black Mill, Barham 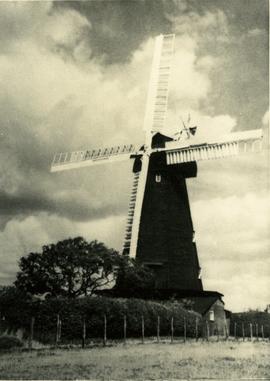