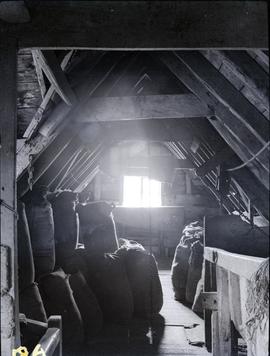 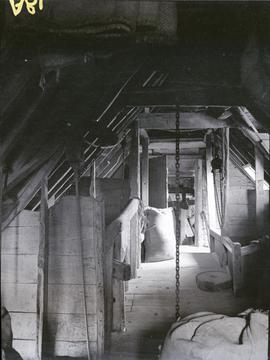 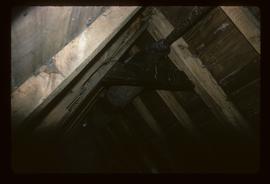 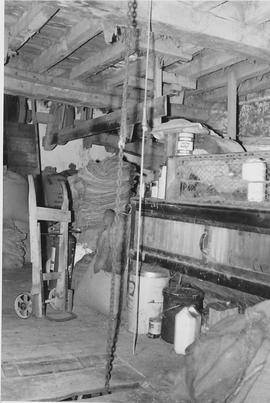 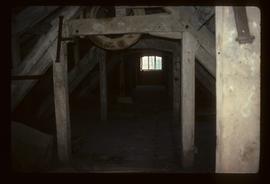 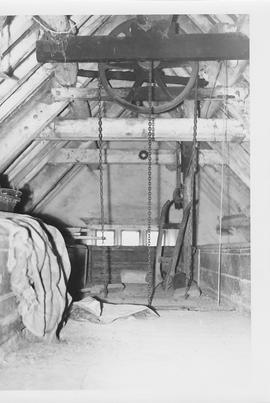 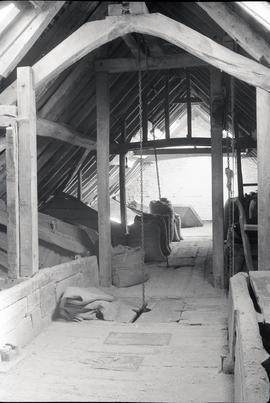 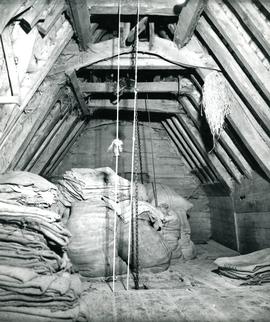 The third item of this Sub - Series is a large photographic print of Sacrewell mill in the small village of Thornaugh situated in the county of Cambridgeshire. We are informed by a notification written on the back of the photograph that the image was produced in c. 1967. The county in which Thornaugh is situated was originally recorded on the back as being "Northants" (Northamptonshire.) This is a mistake and the amendment of "Cambridgeshire" has been added in a later hand at the top left hand corner of the photograph's reverse side. There is only one village in the United Kingdom which has the unique name of Thornaugh and it is located in the county of Cambridgeshire. This is the first of three photographs of Sacrewell mill. 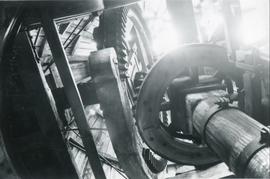 A photograph showing a view from the bin flooring of Ashley Mill near Dalham, in Cambridgeshire. Photographed by Kenneth G. Farries in August 1957. 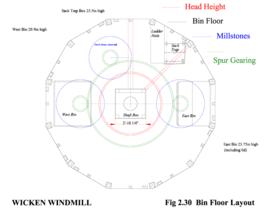 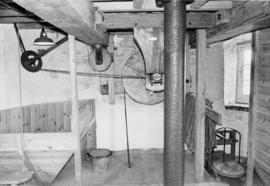 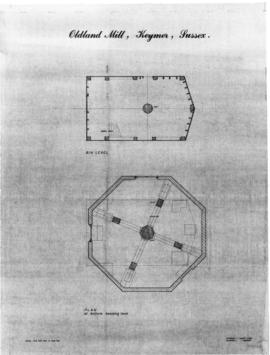 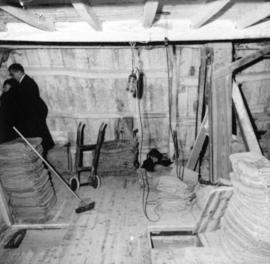 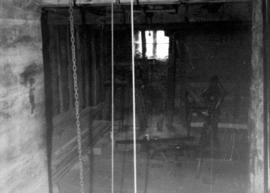 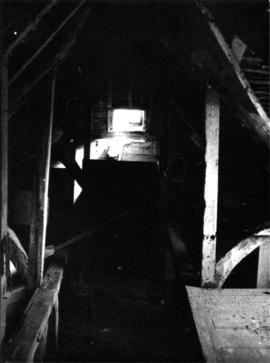 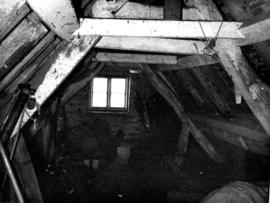 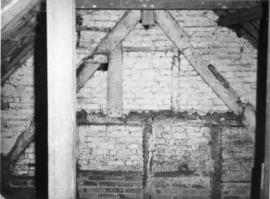 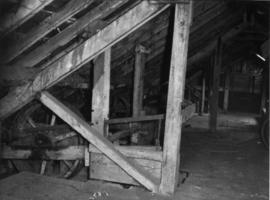 Print no. 26/27A labelled Wherwell Mill
Bin floor,.Hoist and drive to screw conveyors 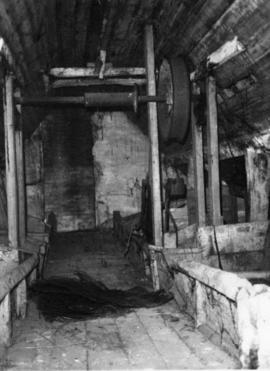 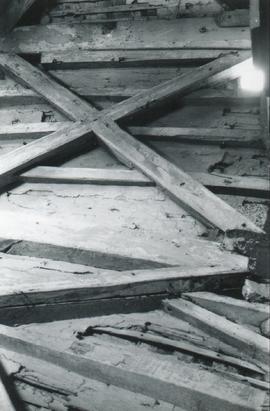 A photograph showing the plastered bin floor of Ashley Mill near Dalham, in Cambridgeshire. Photographed by Kenneth G. Farries in August 1957.